December 30, 2013
The 2014 tennis season is already underway with players playing a mix of exhibitions and live matches across the world.

Here's a final look back at the 6 players who came, saw, and conquered the 2013 Grand Slams. 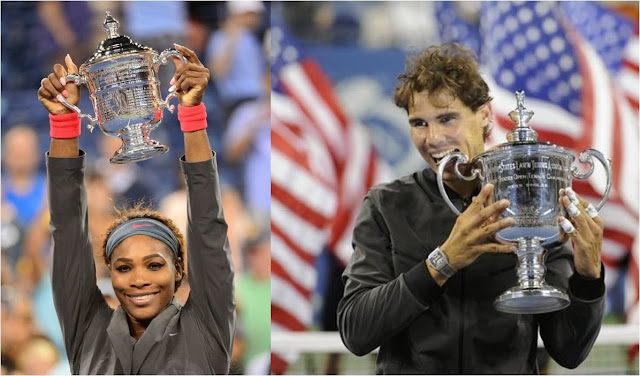 
As an aside - the players look so much better when they accept their trophies in their playing outfits instead of their warm-up jackets.